JERTIH: Former Police personnel who fought Communist insurgents will go down to the ground at selected schools nationwide, to tell their respective experience in defending the nation from enemy threats.

Ex-Police Association (PBPM) chairman, Hussin Awang Ngah said the programme was meant to inculcate the spirit of patriotism among school pupils in conjunction with the 61st National Day, this year.

He said the association will work with the Education Ministry on the programme and hopes its minister Dr Maszlee Malek, would give the green light on the matter.

Hussin said he would meet Maszlee soon to discuss the implementation of the programme.

he adds that the association would also invite several former Police personnel who are members of the association to impart their experience in fighting the communist insurgency to school students.

He adds that some of the former policemen involved in the programme had suffered physical injuries such as loss of limbs while fighting against the communists.

At present, Hussin said there were 140,000 former policemen nationwide who are members of the association, including those who had fought against the communists.

“They are eager to share their what they went through and this is the best opportunity to share their experience to the present generation, especially students,” he said.

In a related development, Hussin also called on the Federal Government to disburse contributions from the Warrior’s Fund to ex-police personnel, as they to had fought to defend the country.

He said the fund was only dedicated to former military personnel while ex policemen who had also played similar main role in defending the nation from enemy threats, had not been acknowledged. 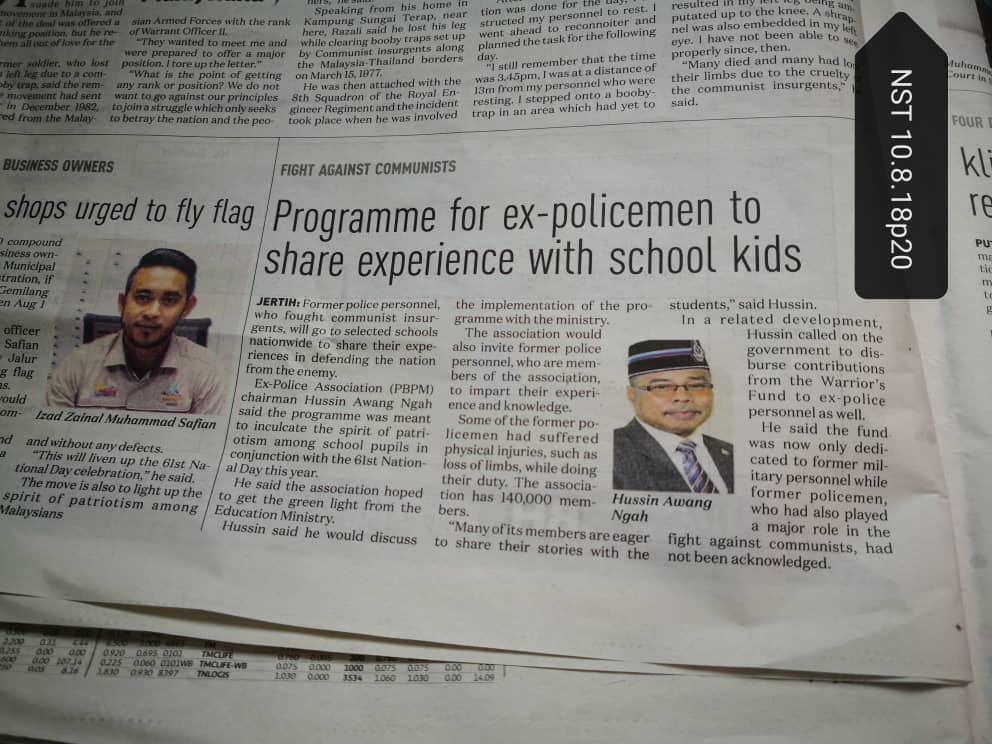